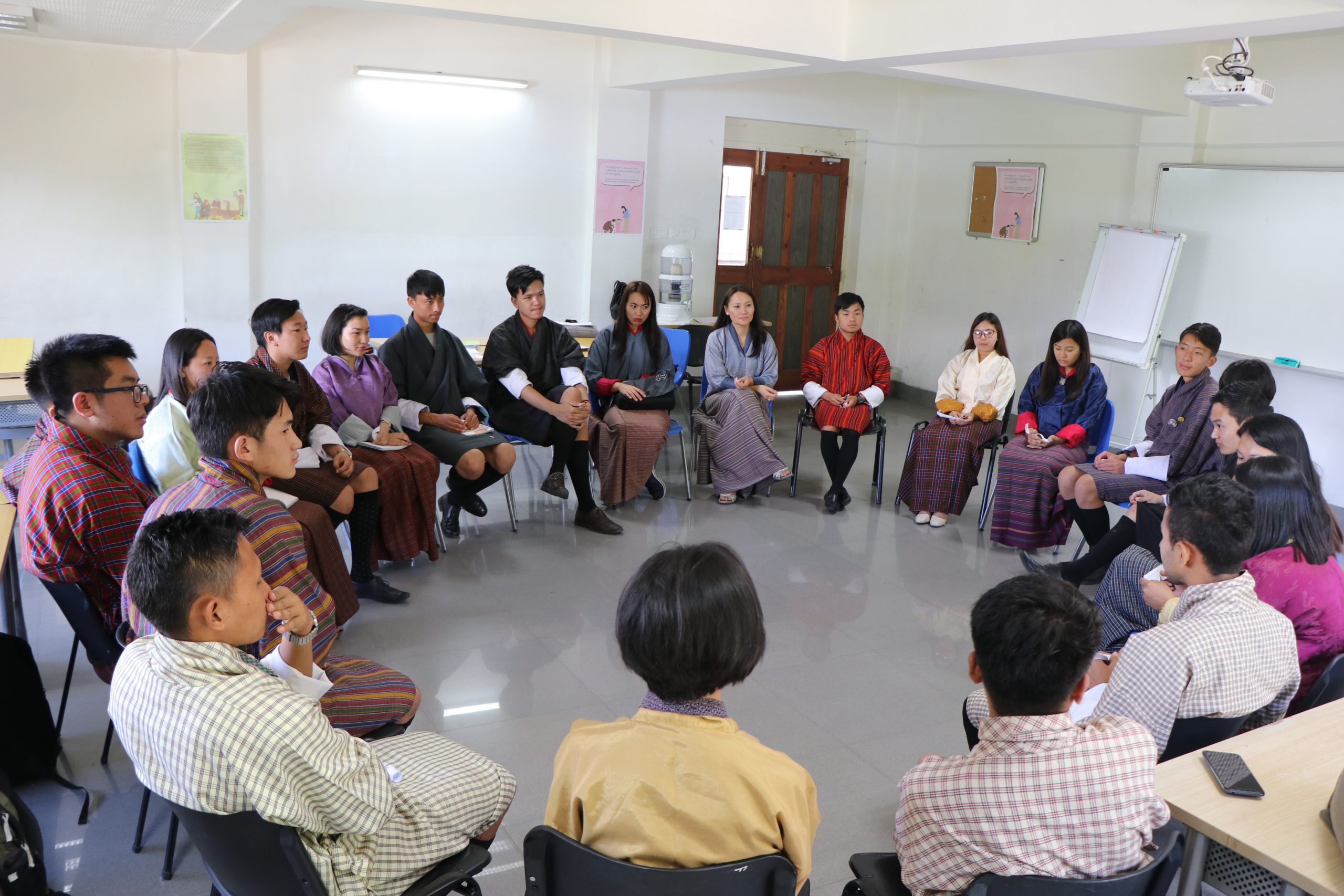 Youth Initiative (YI) adopts the vision to create ‘An engaged society rooted in youth inclusion in policy making’, where youths can realize their roles as ‘stakeholders of national issues’ and be both motivated and competently skilled to become active citizens striving for positive change.

As a follow-up to the winter YI, the summer YI brings the same cohort together to train them in Media and Democracy Literacy (MDL) and Habits of the Heart. In addition to these two major learning areas, they also have an opportunity to finalize their Position Papers in their respective groups and present their findings.
The first half of the day was invested in re-learning each other’s names, followed by an energizer and then a ‘quote’ exercise where the participants picked a random quote and related that quote to a life experience that they have had. Then, their reflections were shared with the larger group in a plenary setting. The morning concluded with a ‘think-pair-share’ session on the state of their position papers. Here, prompting questions were asked to help them realize areas of strengths and gaps in their papers so that they can begin to refine further in the subsequent days. 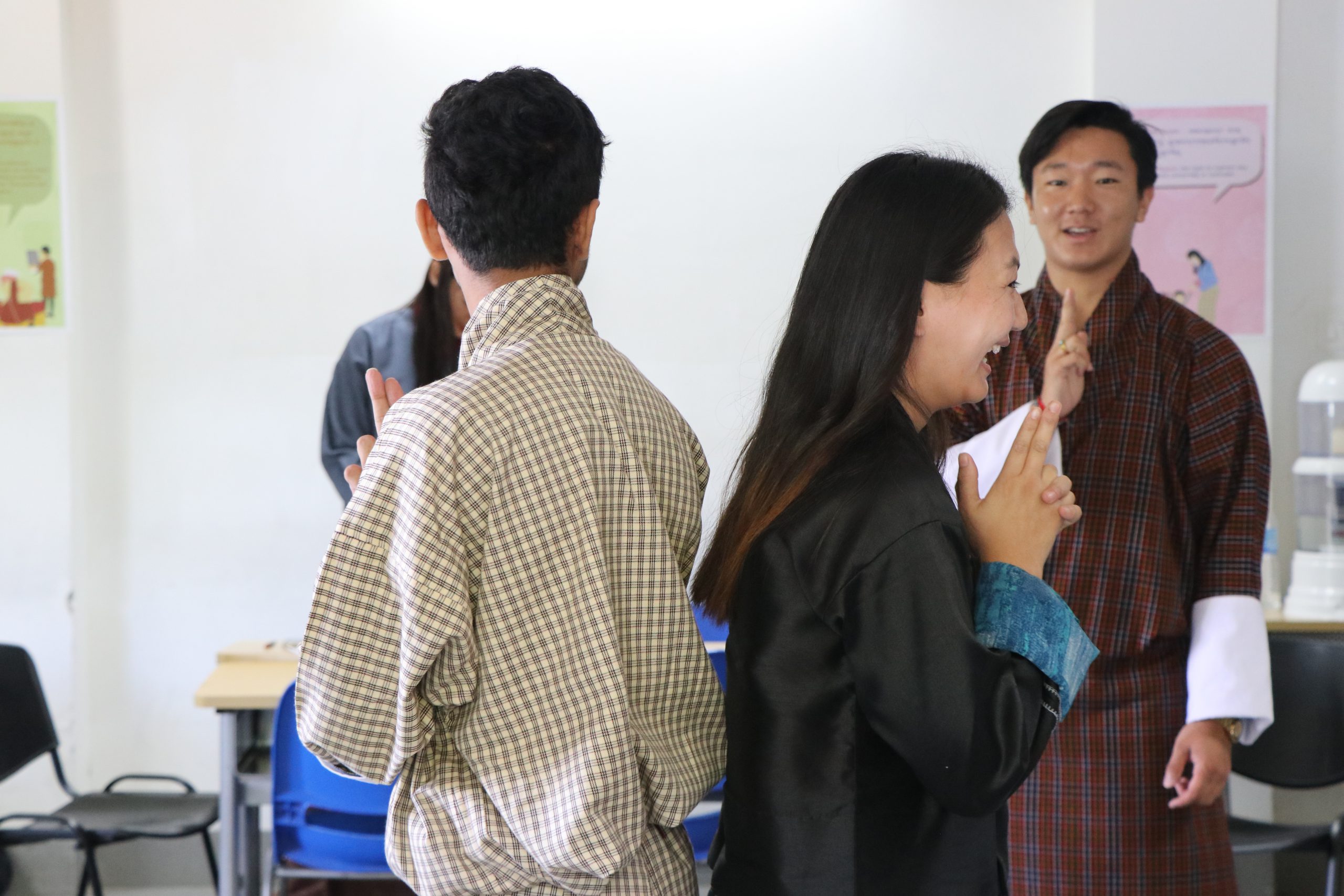 For the latter part of the day, a professor from Jigme Singye Wangchuck School of Law conducted an interactive session aimed at refreshing the memories of the YI participants on policy and research. In order to deepen their understanding of the topic, the professor also spoke about his personal experience and journey drafting the Drug law. On this topic, the complexity and nuances of amending in policies and laws were touched upon to build the resilience of the YI members. The remainder of the day was spent on revisiting their position papers, a short debrief session and a movie with discussion.

‘The Human Network’ exercise was conducted at the start of the day two where the participants were encouraged to share a moment in their lives when they had to rely on someone for something important to them. Their answers ranged from pets to roommates, friends, parents, grandparents and even strangers. This served as a prelude to the 1st Habit of the Heart, i.e Interdependence where the participants and the facilitator shared their ideas on karmic connections as a central theme as they understood interdependence and its implications on family life, politics, ecology and even the larger global ecosystem. 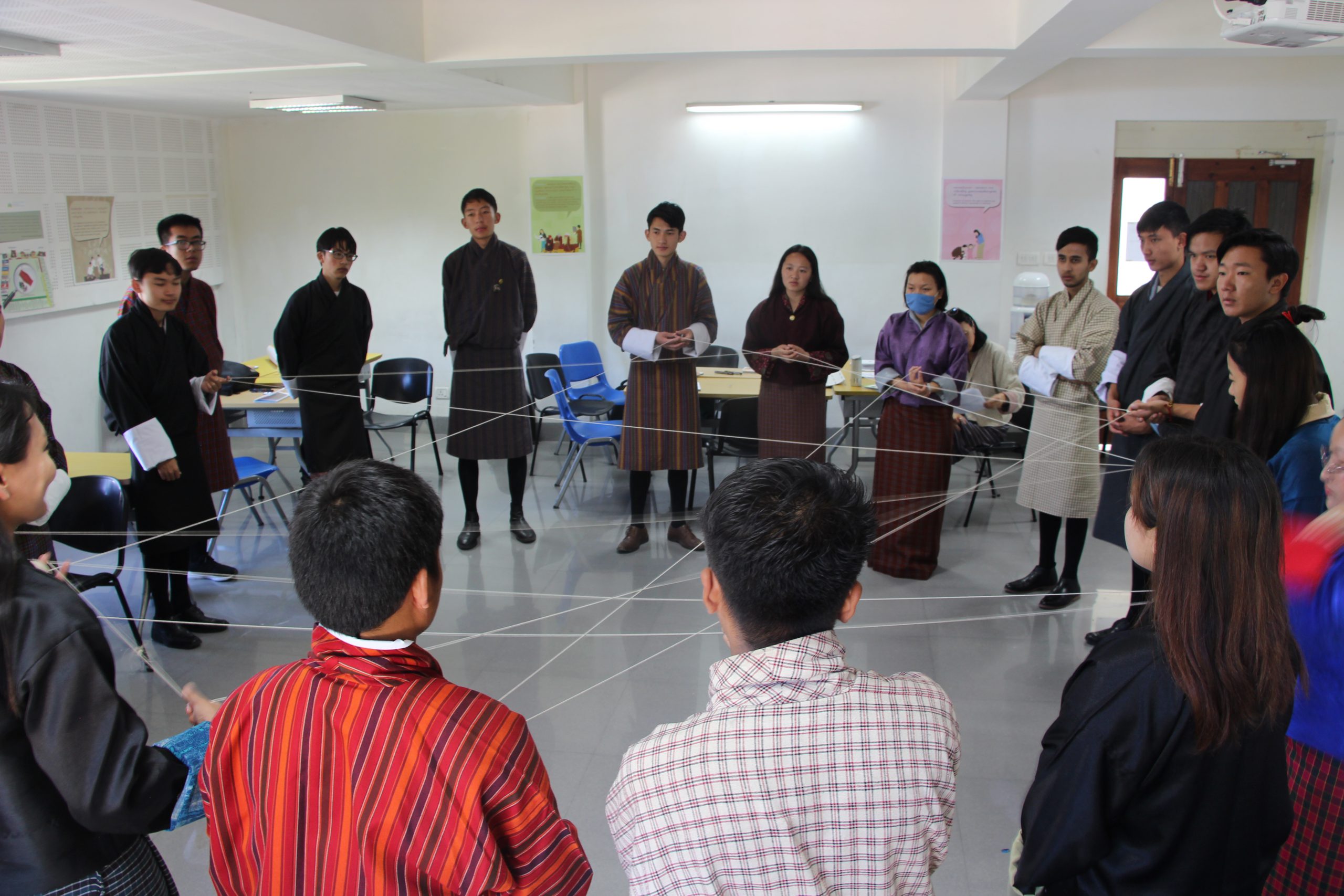 Next, sessions on media and democracy literacy (MDL) were conducted under which the participants reflected and shared their consumption habits of news and being intentional about who is manufacturing the news that they consume. Here, emerging trends in fake news, opinion pieces, ease of sharing information and ‘news’ were discussed. The participants also contextualized these learnings within the realities of Bhutan along with the power that technology has to shape the information landscape. Next they identified confusing gaps and sections in their position papers, first in groups; then through feedback from their peers.

A session on the 2nd and 3rd Habit of the Heart was conducted where they adopted a stand (for/against) on imported junk food as a practice in valuing the ‘other’ (2nd Habit) and holding tensions in creative ways to generate life-giving answers to problems (3rd Habit). The remainder of the evening was spent working on revising and incorporating suggested feedback. Two groups went into the field to gather primary data which would improve their position papers; the three groups remained back to collect their data over online channels. 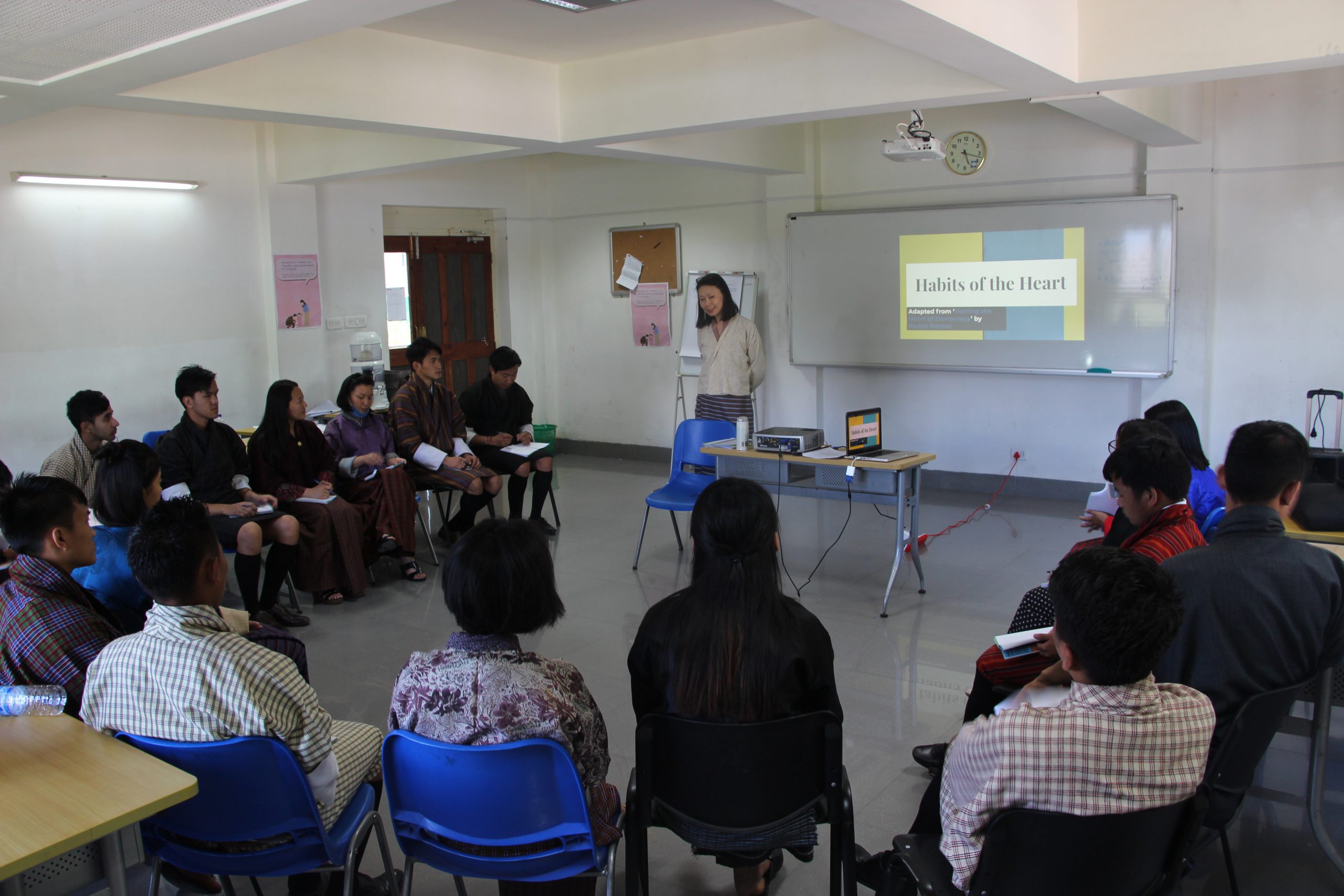 The day began with differentiating between propaganda, entertainment, advertisement and raw information by prompting the participants to think if any of these fall in the category of ‘news’. Afterwards, participants engaged in conversations about what constituted news, along with factors of neutrality, bias, accountability, system of check and balance, means of verification and reliability when consuming news.

Sessions on MDL continued after lunch with an exercise in the story of the ‘three little pigs’ told from the perspective of the wolf, followed by reflection and discussion on the importance of balancing perspectives in news. The growing phenomenon of fake news was also discussed after a short TED talk video on how a kidnapping case by Boko Haram was deemed a hoax, which allowed people to remain complacent and silent. MDL was wrapped up with a reading on a case study involving facebook as the catalyst to a murder and rape case to prompt reflection on social media behavior. Next an exercise to ask meaningful questions to each other was conducted with the ‘two questions mingle’ followed by a plenary discussion. The reminder of the day was spent on data tabulation and analysis from the previous day’s data collection. 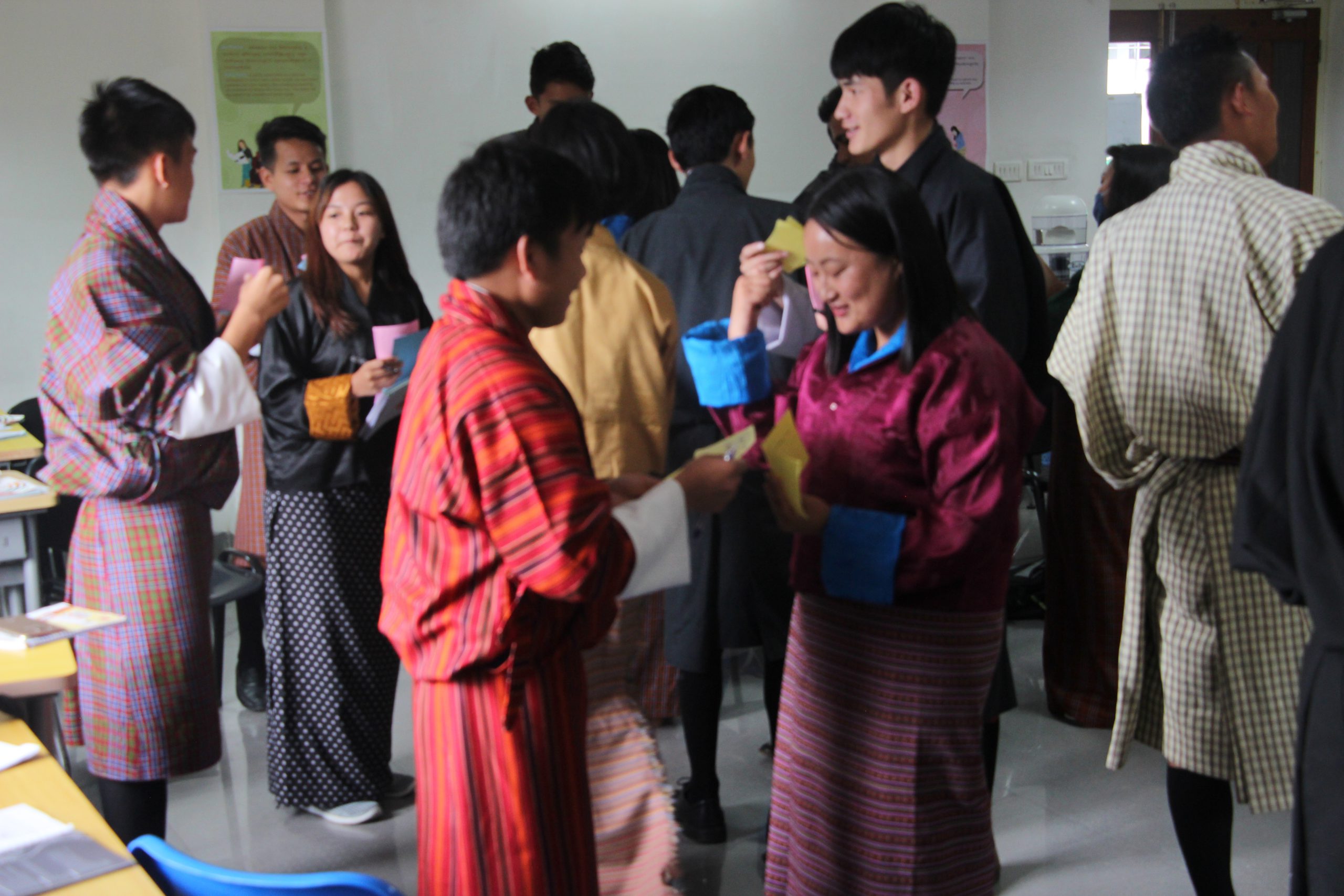 The final day began with the 4th habit of the heart on personal voice and agency. For this, the ‘circle of concern’ and ‘circle of influence’ were introduced to differentiate between issues that one has control over versus those they don’t. Ultimately there was consensus on the point that an active and engaged citizen should aspire to expand their circle of influence and not become reactive characterized by shrinking their circle of influence. Next, a short documentary from SJI community mapping (‘Reviving a Farm Road’) was introduced to discuss the 5th habit of the heart, ‘capacity to create community’. 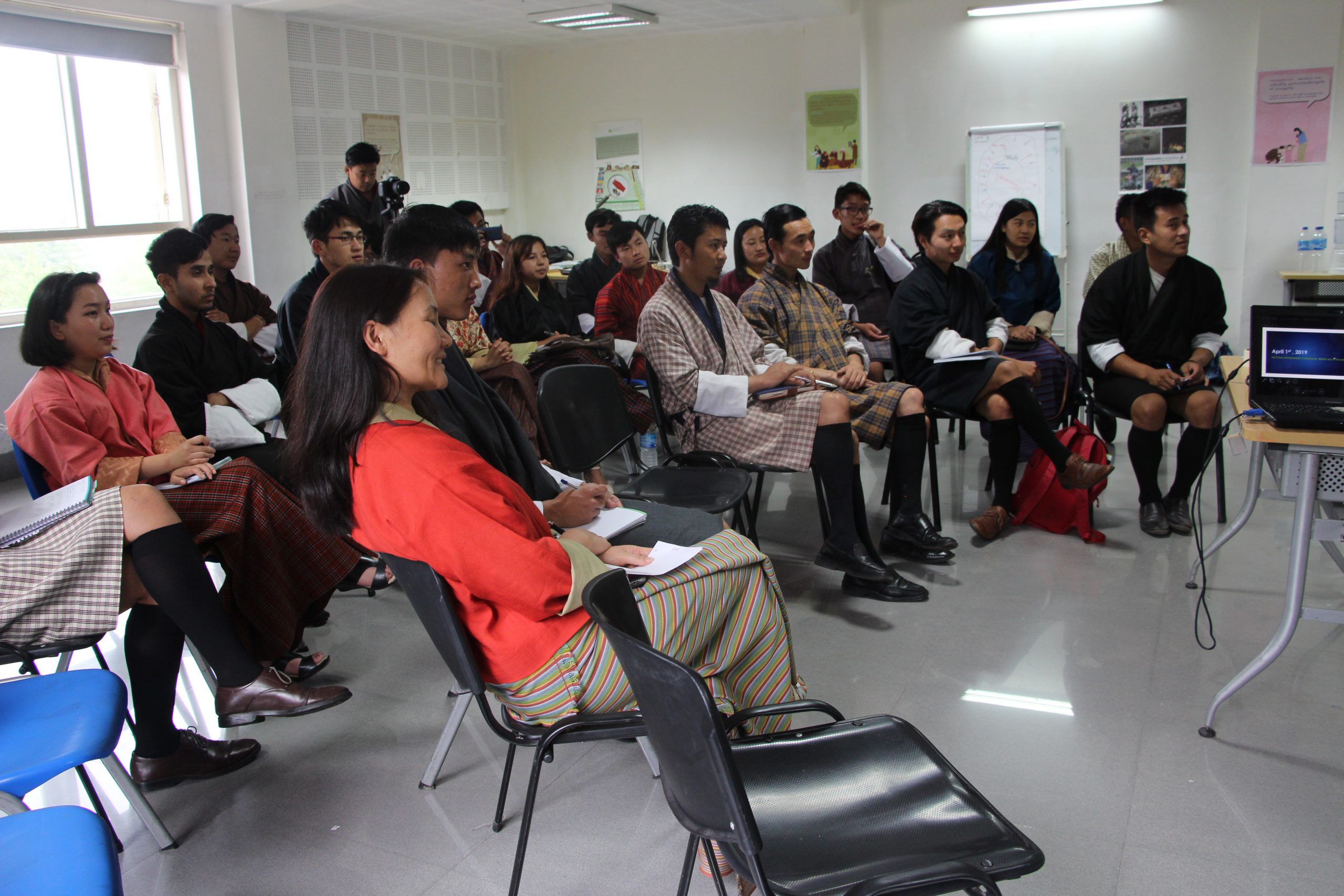 Next, the participants prepared their presentation in their respective groups and presented their findings to their peers, the steering committee (consisting of YI Alumni) and member from Bhutan Transparency Initiative. Following were some of the significant findings and recommendations made by the groups: 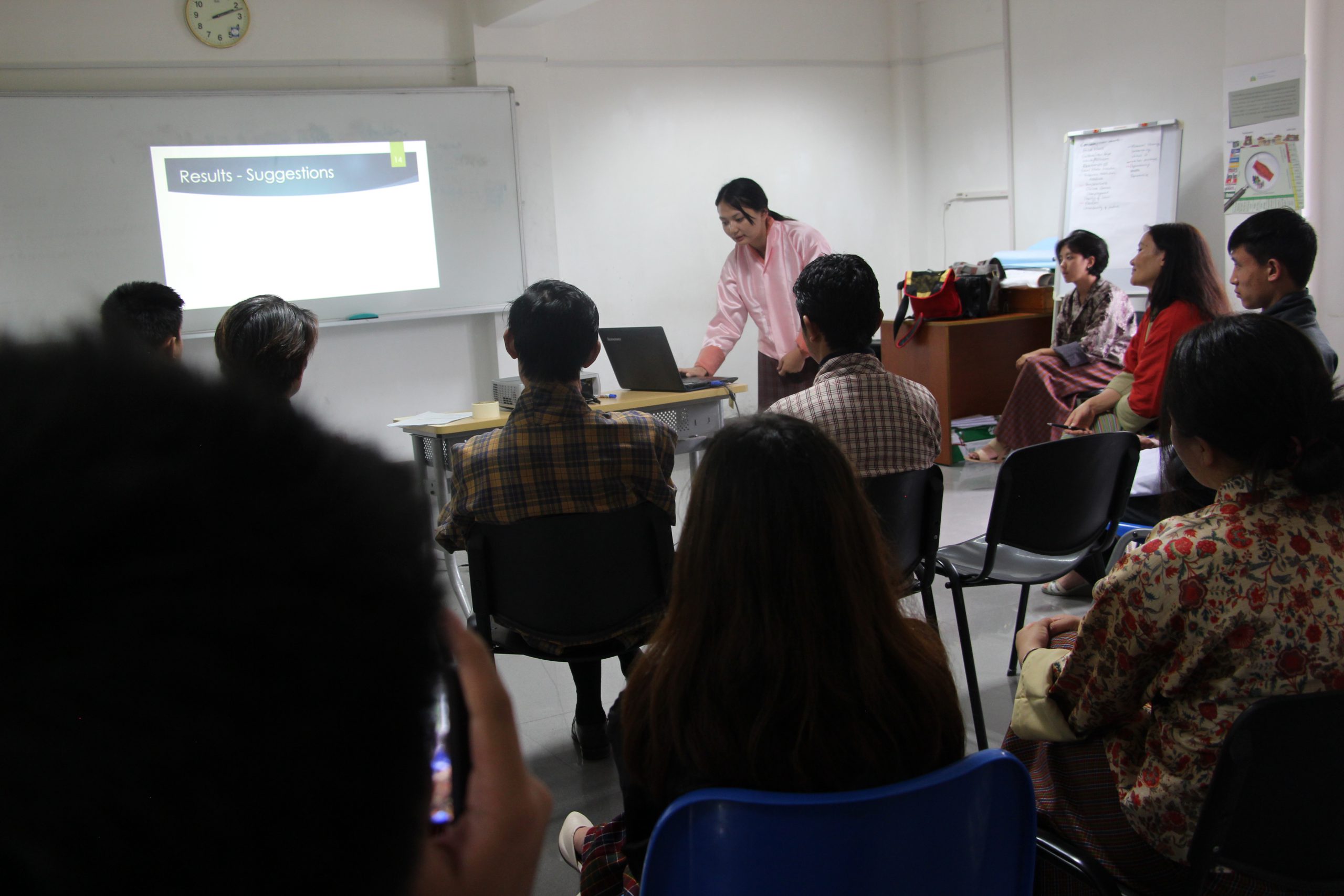