Posted by Bhutan Centre for Media and Democracy, May 31st, 2022

The Assistant Researcher Officers (AROs) of the National Assembly and the National council noted the importance of ethical conduct in gathering verified information as a critical skill for them in the age of Infodemic. 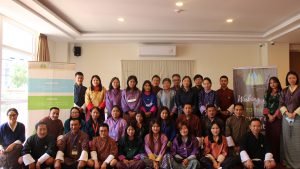 30 Assistant Research Officers attended the Media and Democracy Literacy from the 4th to the 6th of May 2022 at Thimphu Deluxe Hotel.

Participants discussed how they had been blindly consuming news and never questioning its veracity.

“Until now, I have never thought about the core values that should be considered and I have been consuming news blindly,” said Sonam Wangmo from the National Assembly. Additionally, Karma shared that he felt more equipped with journalistic ethics since his position demands news writing.

On the last day of the workshop, the participants developed social media guidelines for families, workplace, children, and content creators.

BCMD at the Department of Local Government 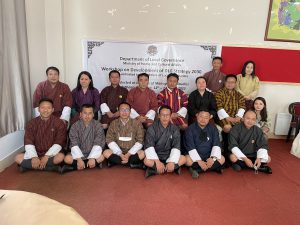 Following a peer-learning workshop at the Gross National Happiness Commission in April, BCMD attended a stakeholder meeting at the invitation of the Department of Local Government under the Ministry of Home and Cultural Affairs for the local government strategy formulation workshop on 12th May 2022. The workshop featured works carried out by BCMD in areas of capacity building for the local government functionaries.

Many participants highlighted the need for greater inter-sectoral collaboration to achieve decentralised planning and decision-making. 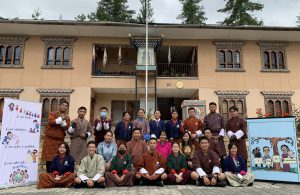 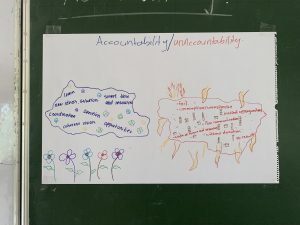 BCMD also met with students from the Paro College of Education who are implementing some Local Action Projects. The students shared the progress of their LAPs.

We thank Bhutan Foundation for its support of this project.

The Druk Journal Conversation on the theme ‘Democracy Today’ was held on 6th May. 30 Research Assistants from the National Assembly and the National Council attended the Forum, including participants from the Election Commission of Bhutan (ECB), Bhutan Infocomm and Media Authority (BICMA), and political parties and the media. 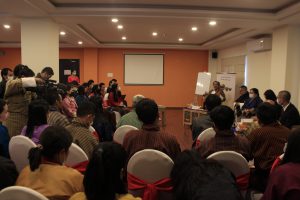 The Conversation discussed a wide range of topics from political ideology to the teaching of civics in the Bhutanese Education system and democracy as a means to realise Gross National Happiness: 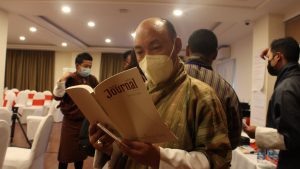 We thank UNDEF for funding the Conversation.

The pandemic has adversely impacted Bhutan’s economy, and it is yet to revive fully. Taking advantage of the opportune moment, the Bhutan Democracy Form 2022 was organised on 25th May on the theme “Equitable Prosperity through Inclusive Growth” in partnership with RUB. 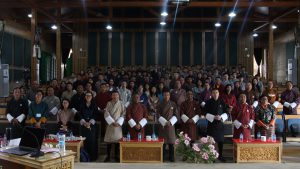 The panellists, from diverse sectors, deliberated on numerous issues and made recommendations to build an inclusive economy: 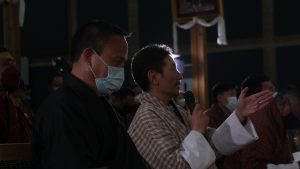 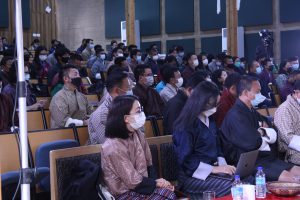