Film on Democracy draws more than 280 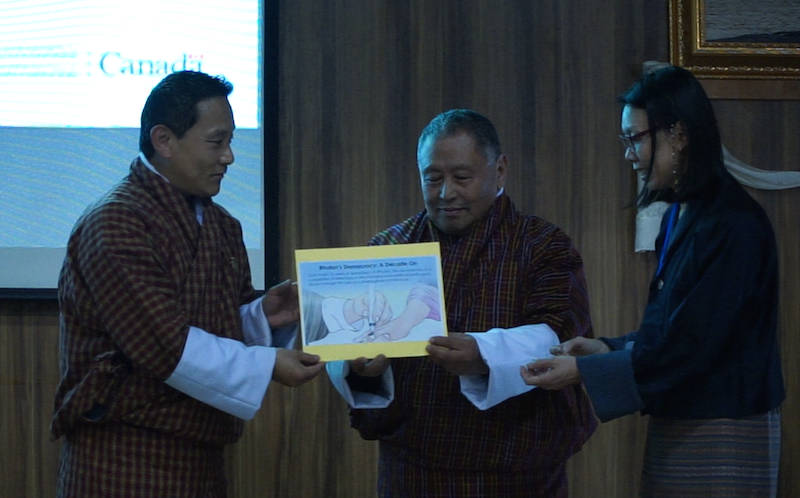 Schools and colleges will receive a copy of the documentary as an educational resource.

At the launch of a film, ‘Bhutan’s Democracy:  A Decade On’ on Feb 20th, it was learned that there is much more diversity in views and thoughts in Bhutan, indicating that democracy is growing.

Former Chief Justice Lyonpo Sonam Tobgye in his keynote address at the launch of the 40-minute film said that research shows that “ there has been stability, a steady improvement in people’s voice being heard, and a growing sense of accountability” in the past decade of democratisation.

“The horizontal checks and balances by the Constitutional Office are promoting accountability and our media is continuing to render oversight of responsibilities,” said Lyonpo.

Also present at the launch was the Minister for Information and Communications, Lyonpo Karma Donnen Wangdi who handed over a copy of the film to the Election Commissioner Deki Pema for use in democracy and media clubs and schools across Bhutan.

The film provides a reflection on the changing socio-political landscape through the eyes of a cross-section of people including, the media, voters, and politicians. BCMD thank everyone for sharing their thoughts and views and will post the film online soon. Look out for it on our website.

The film was launched at the Royal University of Bhutan in Thimphu.

CSO Advocacy film in the works 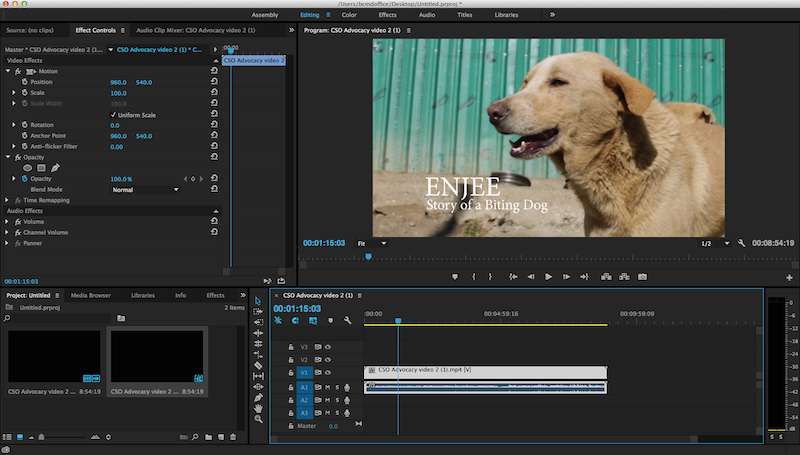 Just like the democracy, civil society is still in a fledgling state in Bhutan and much is yet to be done to highlight its role and importance.

Bhutan Centre for Media and Democracy (BCMD) as a non-profit working to promote the works and importance of civil society is producing another documentary to advocate works of civil society. The two-part 15-minute documentary will highlight the impacts of six different civil society organisations including, Loden Foundation and VAST Bhutan.

These films will narrate six different ‘stories of impact’ that has been made possible through the CSOs featured in hopes of representing the broader role that CSOs play within the development landscape of the nation.  The documentary funded by EU Helvetas will be released in March. 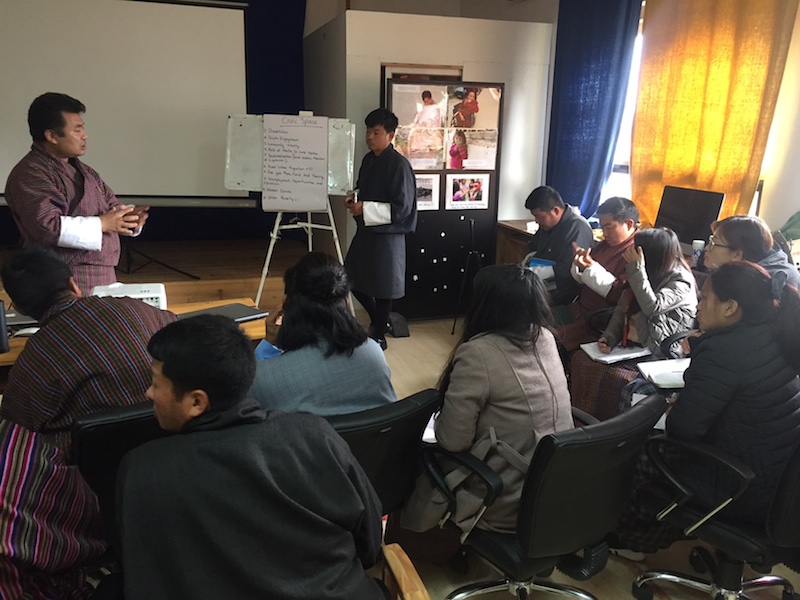 Nestled in at the Media Lab in Thimphu, 15 motivated youth are hard at work creating original short films on social issues and the importance of civic space.

The filmmaking workshop aims to inspire youth to exercise their voice through the creative medium of filmmaking: a critical aspect of democracy. Those involved will also learn the technical aspects of filmmaking, including camera handling, editing, storyboarding, and script writing.

Each day, representatives of civil society organisations, former MPs, journalists, and film-makers and practitioners share with the group of aspiring film-makers to sensitise them on the notion of civic space. By the end of four days, the groups have generated some issues of significance to Bhutan including women’s issues, youth engagement, urban poverty, disability and how local governments handle the responsibility of democratic decision-making.

We’re all looking forward to seeing how this team can use their creativity to turn the issues into films. At the end of this ten-day workshop, five five-minute films will be produced, expressing unique points of view, spreading awareness and prompting further engagement. BCMD would like to thank the CIVICUS, National Innovation Lab and Innovation for Change (South Asian Hub), without whose support this would not be possible. 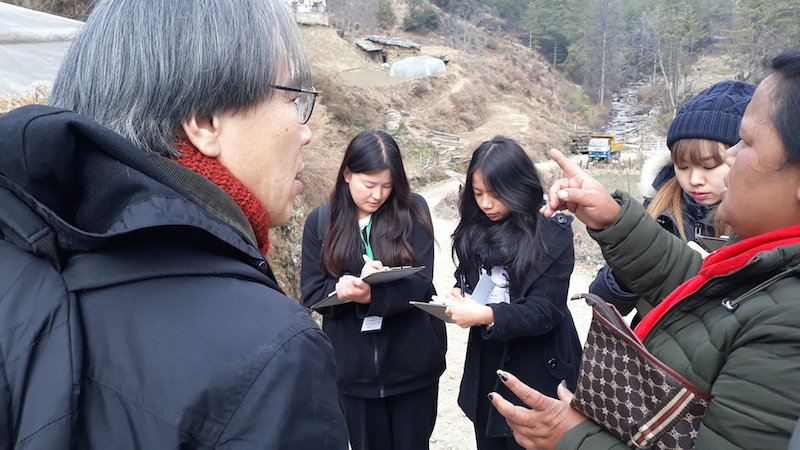 Students from Kansai University in Japan who are in Bhutan mapped Bjemina village in Thimphu with Royal Thimphu College (RTC) students to take up issues in the community as part of their Community Mapping.

They interacted with residents in Bjemina to identify issues, asset, and resources to help the community come up with effective solutions. Community Mapping is an initiative Kansai University and RTC is collaborating through a co-learning partnership. Bhutan Centre for Media and Democracy (BCMD) was invited to share our learning on our projects in Paro and Samdrup Jongkhar to develop and build community using a combined method of mapping and local action. BCMD and Kansai University have previously collaborated on pilot mapping activities in Bhutan and the university has also supported a town committee seminar in Paro.

Led by Professor Takayoshi Kusago of Kansai, the mappers presented their findings to the villagers in Bjemina on 28 February.

Civil Society was the topic of exchange in a candid sharing of civil society issues with members of Bhutan’s Cabinet.

Members of the Civil Society Organisation’s Core – co-ordinating committee (of which BCMD’s executive director is a member) shared some challenges and issues that were previously discussed in Civil Society quarterly meetings and at the CSO leadership summit held in October 2018.

Amongst the issues discussed included the need for a policy on civil society and how to expand the possibilities for collaboration between CS and government. The Prime Minister of Bhutan, who was amongst the Cabinet members, said that this is the first of more conversations on CS matters in the coming year.