Teachers from schools in Thimphu, Paro, Wangdue Phodrang, and Chukha Dzongkhags who attended the three-day Democracy and Literacy Training found the BCMD’s training relevant as it comes at a time when there is a proliferation of information through media.

“We would like to thank BCMD for a very insightful and eye-opening session on democracy and news and media literacy,” one of the teacher participants, Kinley Tenzin said.

Others said that media literacy has become a day-to-day need more than ever with increasing number of children and villagers gaining access to Smartphone, which is a source of stream of information. “I think it’s high time that news and media literacy is spread to the villagers since this is where people need it the most,” said another participant teacher.

Democracy and Media Literacy was the first such pilot training for teachers that BCMD conducted from December 19-21, 2017. The three-day training was conducted for 24 teachers. The workshop enabled teachers to explore democracy and roles of active citizen and news media in a democracy.

Though the country saw a growth of newspapers since the inception of democracy, people are yet to understand the power of information and benefits of an open society in a democracy.

Many still express reservations to express their opinions freely. Sharing information even for constructive reasons remains a challenge. BCMD’s training was a small initiative to help people open up and accept different culture, class, ethnicity, and views with respect. 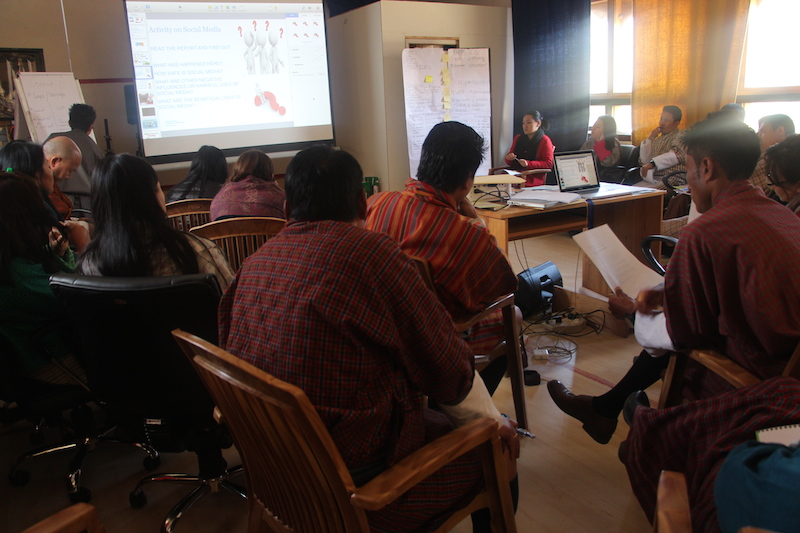 Most of the participant teachers wanted to start news and media literacy in their schools for educational purposes.

Teachers learnt about the difference between the news, propaganda, advertisement, entertainment, and raw information. Activities to help understand the news, journalist, and journalism were presented along with lessons on how to look for fairness, balance, and bias in news report and evaluate sources.

Following the activities on social media, teachers were able to come up with social media guidelines to help self-regulate their posts on social media. Since fake news is an emerging source of concern and confusion in the digital age, activities to decipher real news from the fake news was also carried out. We asked the teachers to give us feedback on how they will be sharing the new knowledge and many responded that they will start similar news and media literacy in their schools.

Girls from Utpal Higher Secondary School in Paro were able to open up and talk about women health and hygiene openly following an educational programme led by two of BCMD’s Youth Initiative (YI) members in October, 2017.

“We were happy to find out at the end of the programme that the girls were able to stand up to ask questions about their health and hygiene openly though we gave them the option of writing it on a piece of paper,” the report from the YI member to BCMD stated.

Though there is no stigmatisation of women’s health and hygiene, the issues are not talked about openly in the family, community, and country at large.

During the educational programme, Dr Sandeep from Paro General Hospital talked on the importance of women health and hygiene and touched almost every aspect of healthy lifestyle.

Participants said that the programme was useful for them to understand the importance of personal hygiene, especially during menstruation. “We have to bathe thrice a week and keep our personal hygiene,” said one of the students. Sanitary pads were also issued to the girls and school at the end of the session. The project was funded by UNICEF, Bhutan. 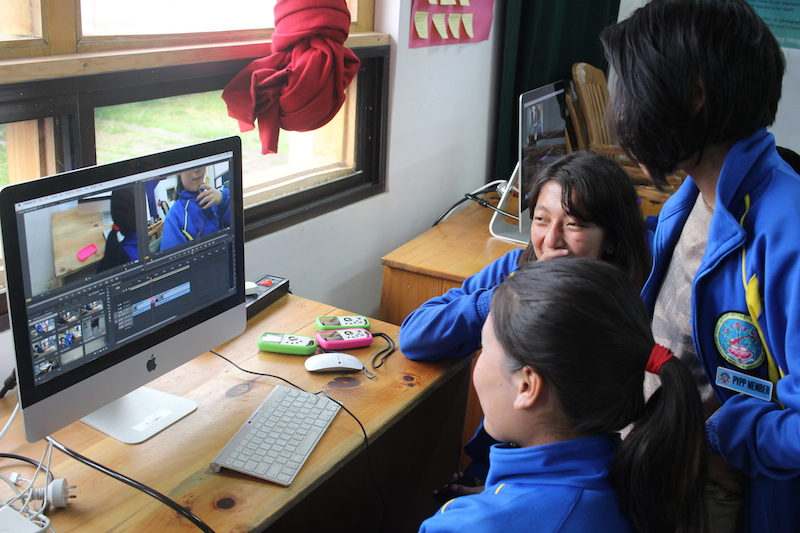 “I was concerned that my sister was wasting her time coming here but now after watching these films I know she has been spending her time productively – learning something that schools don’t teach,” said Sonam Dema, one of the relatives of the participants.

The students with one of their teachers were also eduncated on the news and media literacy to help sel-regulate their reaction and posts before resorting to online retaliations.

Students from schools and a college in Dewathang in Samdrup Jongkhar Dzongkhag  (district) have improved road safety and infrastructures such as public toilets through their community mapping initiatives.

Dewathang is one of the gewogs (blocks) located in the southeast of Bhutan, which is about two days drive from Thimphu via India.

Garpawong Middle Secondary School carried out maintenance and clearing of 3.5 km of drains along the Samdrup Jongkhar – Trashigang Highway through mobilisation of about 300 volunteers from the school. Trashigang-Samdrup Jongkhar Highway is the lifeline for people of east, which connects the region with the rest of the country.

Students of Jigme Namgyel Engineering College built 4 units of public toilets for Dudjom House, which is a popular picnic spot and also most visited place by outsiders. 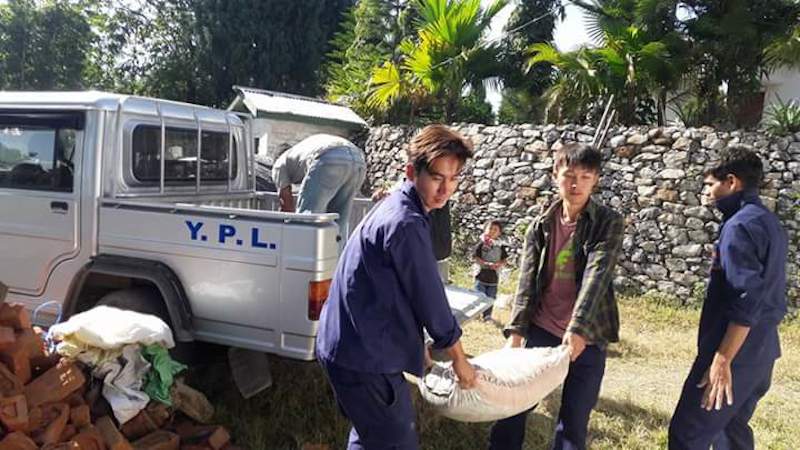 Students worked towards ensuring road safety and sanitation in their communities.

BCMD’s Community Mapping project in Paro has contributed to the growth of some young active citizens.

Youth were involved in five projects over a span of three months. The Community Mapping was initiated to help build community initiative among the citizens including local residents and students.

After participating in the project, students from Paro schools and college say they have learned to develop a sense of belongingness and ownership in the community they live in. The students say they learned to be responsible, active, and take part in volunteer activities through community mapping.

Khangkhu Middle Secondary School student, Ruth Gurung said that their attitude towards the community changed following the community mapping and implementation of a local action plan to address local challenges. “We now have a sense of ownership because we carried out the work and feel the pinch if something goes wrong with our project,” said Ruth Gurung. Her school tool up a project to renovate a school canopy on campus.

Students of four schools and Paro College of Education shared their experience while presenting the outcome of their local action plan on December 3, 2017 to the Paro Town Committee.

Shaba Higher Secondary School (SHSS) student, Kinga shared that he learned the skills to examine more closely the issues affecting the community such as social, economic, and environmental and how to address those issues. The higher secondary school’s initiative has ensured safe drinking water through the adoption of Kesa community’s only drinking water source.

A student from the Paro College of Education, Sonam Nima said that his team had rich learning experience despite the challenges of achieving the outcome of their waste management advocacy programme. “My team had learned a lot like communicating with the stakeholders and community, and tackling issues within issues,” Sonam Nima said.

Students of Drugyal Central School stayed late into the night to complete their project on time. The students repaired the dilapidated drains in the school. The mappers from the school also acknowledged a huge turn out of volunteers, some of whom they had to turn down since they already had enough.

Shari Higher Secondary School took up maintenance of water pipes and taps at Shari. A total of about 120 students from four schools and Paro College of Education were involved in the Community Mapping exercises – a joint pilot project Bhutan Centre for Media and Democracy initiated by Paro Dzongkhag. IDEA International supported the local action plan projects. 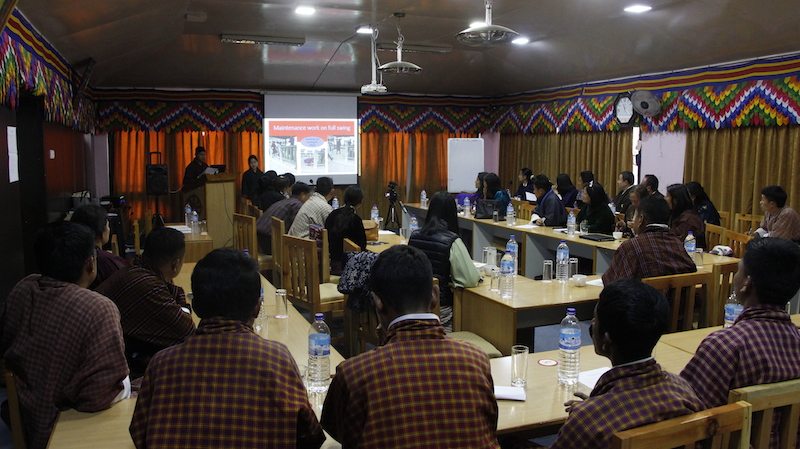 The local action plan has helped children build the sense of ownership and belongingness in the communities they live.

Bhutan is going to the polls next year, but many people still do not understand fundamental democratic values like equity, equality, mutual respect, and civic engagement, among others.

Most people still confuse equality with equity. Bhutanese, in general, are also yet to learn mutual respect and how to respect freedom of expression and be inclusive while democracy becomes competitive with election campaigns.

To help people understand and learn about the fundamental aspects of democracy, BCMD in collaboration with IDEA International produced a series of Public Service Announcement (PSA) on eight core values of democracy. The eight short PSAs are on equity, equality, inclusiveness, mutual respect, freedom of expression, transparency, accountability, and gender equality.

The PSA on mutual respect talks about the increasing culture of taking pictures and sharing it online. The film raises the question of whether it is right to take pictures of accident victims to share it online and how posting such inappropriate and disturbing visuals can impact the victims and their families.

The other PSAs also raise a number of questions about democratic values. The film on freedom of expression talks about inculcating a culture of healthy debate to develop tolerance to opposing views.

All eight PSAs were aired on national television, Bhutan Broadcasting Service and were uploaded on our youtube. Check them out here and help us share the message with your friends. 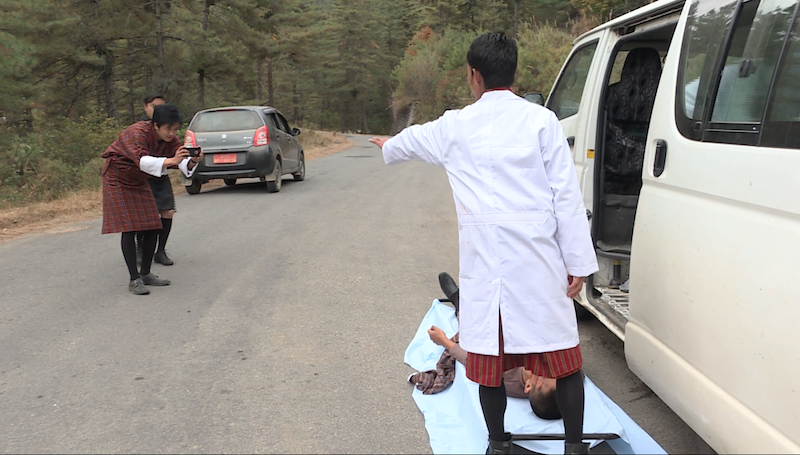