Democracy is an everyday action; Launch of Resources for Democracy

Jurwa, chaning times is a radio series that BCMD produced and aired on the national radio station, BBS. The series focuses on some of the challenges of creating a new democratic society and encourages us to think about several critical issues.

Now Jurwa radio series is developed into 15 part tv series and a graphic novel that will serve as an educational programme on democracy and challenges and responsibilities it comes with it.

With that, BCMD is launching the Jurwa TV series and the Jurwa graphic novel at an important national conference – Women in Governance, Leadership & Politics in Bhutan with a regional dimension at Terma Lingka on 9th March 2017. 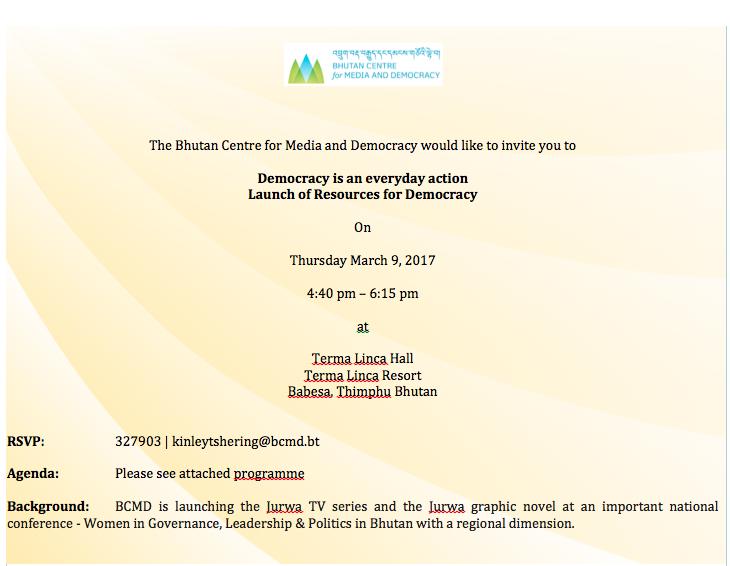