Children get photography to express 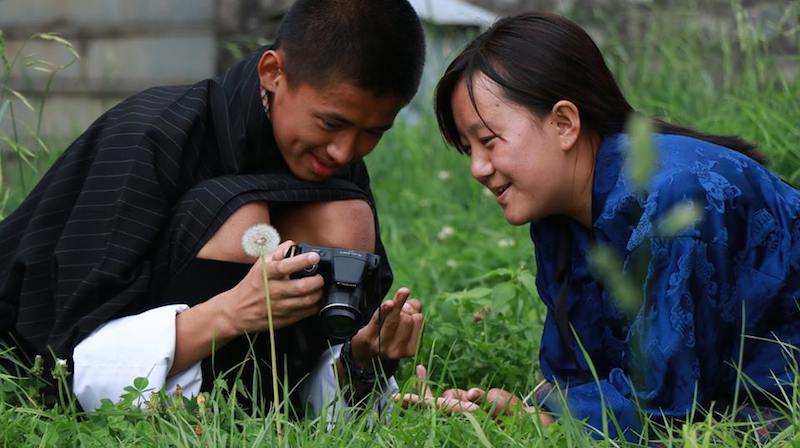 Photography is a space for adolescents to express themselves creatively.

BCMD has been training adolescents since last year to give children the space to express their views on important issues, culture, and changes spurred by modernisation and the process of democratisation. Many children do not get opportunities to participate in policies and decisions that affect their life despite making up a sizeable portion of the population.

As civil society striving to create a GNH-inspired vibrant democracy that engages all citizens, BCMD has been taking small but important steps to supplement government’s initiatives to empower adolescents and youth. The centre has been giving space to help children learn and practice photography to capture issues, challenges, and opportunities through their perspectives.

The 20 class-nine students from MHSS were taught the basics of photography including composition, framing, and lighting, among others. The training also covered the Code of Ethics of a photographer and caption writing. During the training students also had the privilege to meet and listen to American photographer Bryan Watt who shared about his photographic journey.

Women from Gomtu in Samtse who underwent a two-day News and Media Literacy from 11-12 August at Gomtu Middle Secondary School wanted to improve their online behaviour.

“I want to reduce the time I spend online and want to limit how much my children can be with their phones,” Tshering Yuden said, adding that she now knows that there is a difference between news and information shared online especially social media.

Gomtu is located at a two-day drive from Thimphu towards the southwest of the country via India. During interaction with 30 women participants, most found the News and Media Literacy relevant, timely, and useful. According to most participants, the training was an eye-opener about social media – its benefits and harms. 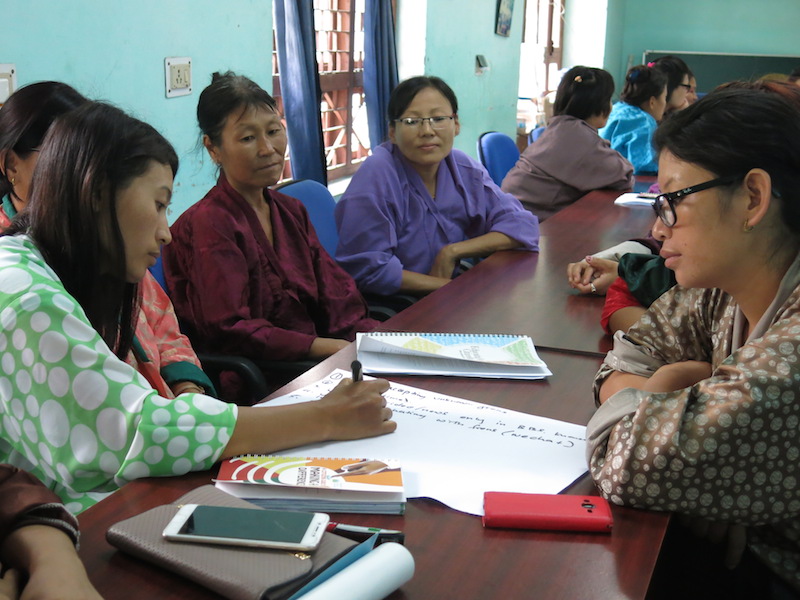 The training gave women an insight into social media as good and the bad.

One of the participants, Pema Selden, said that she would now be more mindful when commenting on social media. “I will think before posting anything about others, which I never thought before,” Pema Selden said.

Bhutan Centre for Media and Democracy (BCMD) conducted the training at Gomtu following a proposal from the Royal Bhutan Police since the small town of over 1,000 has been seeing an increasing number of social-media related domestic violence. EU and Helvetas Swiss Intercooperation supported the News and Media Literacy.

Nuns to be smart on use of social media 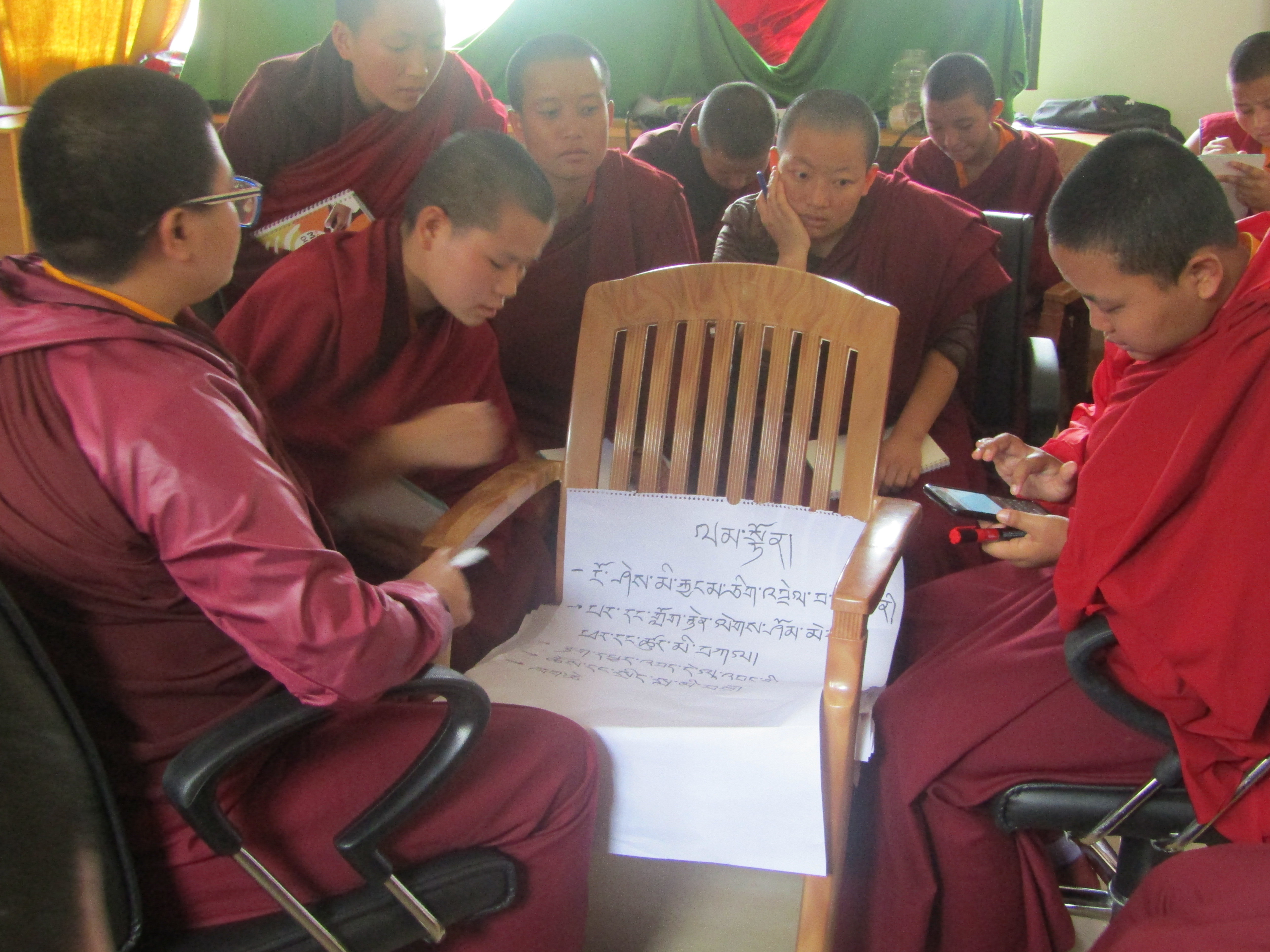 The training enabled nuns to judge the credibility of information and news.

For the first time, 16 nuns from nunneries in Thimphu attended a three-day News and Media Literacy Training from 30 August – 1 September at Bhutan Centre for Media and Democracy’s Media Lab at Nazhoen Pelri Complex in Thimphu.

The nuns were trained in News and Media Literacy to help them become smart consumers of information and news since increasing number of nuns and monks many are highly active on social media like Facebooks, WeChat, and WhatsApp. Following the training, nuns wanted to improve their online safety and privacy. “I want to deactivate my existing Facebook account that has over 3,000 friends and start a new one. Then I will add only the people I have met and I know in real life,” said Tshering Choden.

Sonam Choden from Bhutan Nuns Foundation said that she would be more careful about what she likes, posts or shares on social media. “I will not like or share everything on social media without thinking about its consequences,” Sonam Choden said.

Another participant, Rinchen Pal, from Drubthob Thangtong Dewachen Nunnery said that she now knows the importance of being critical while sharing and reading information and news. “I will now check whether the news is real or fake,” Rinchen Pal said. 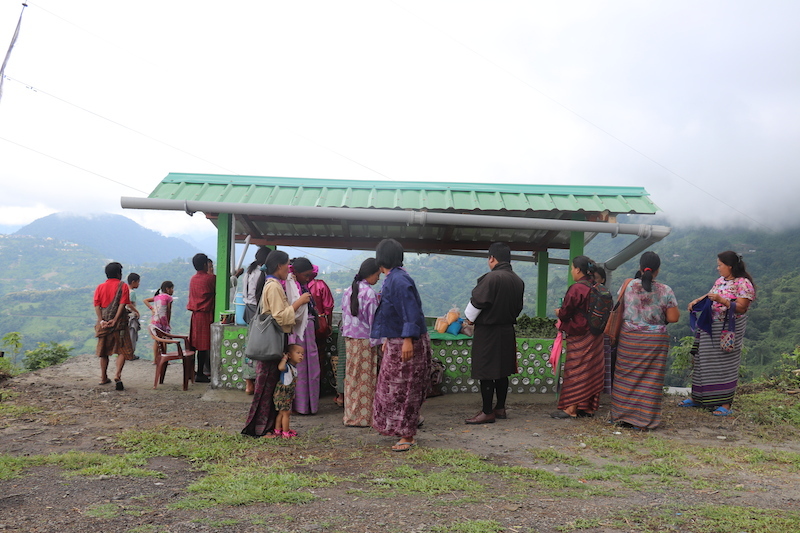 The shed will provide villagers, a space to sell their produce.